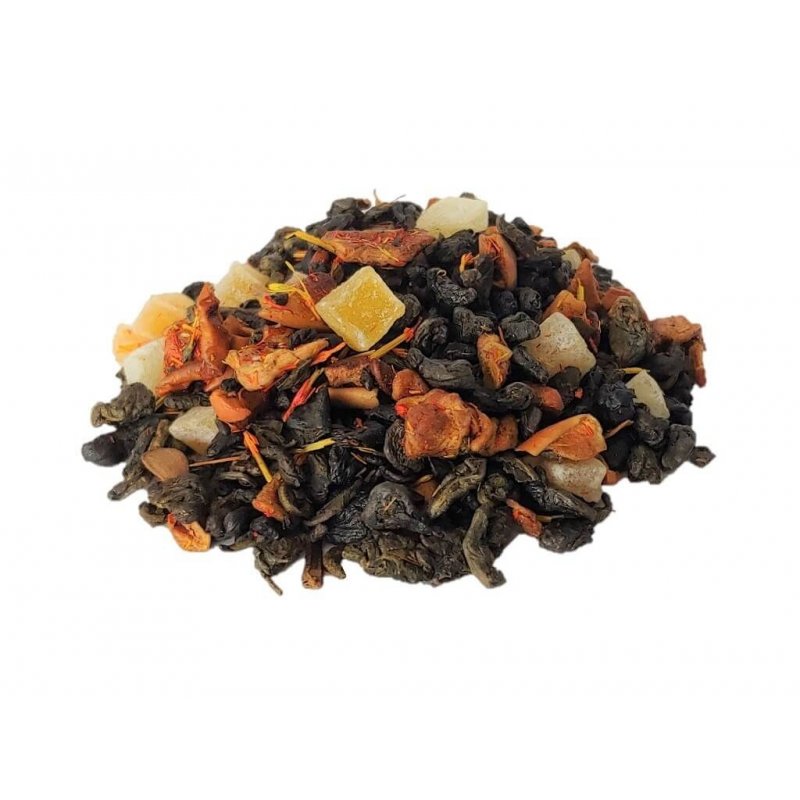 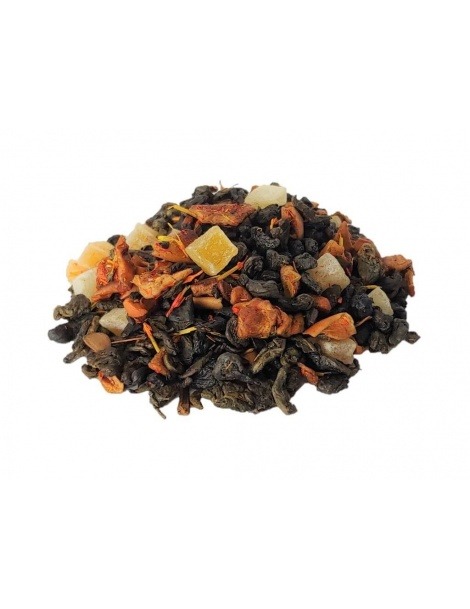 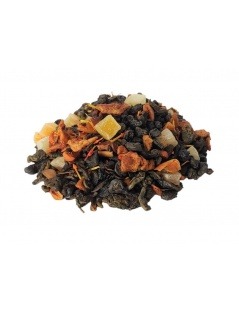 This wonderful tea is the result of the combination of a mixture full of unique flavors and aromas of the following plant elements: leaves, flowers, and fruits. Previously rolled into small "gunpowder" balls, the leaves are the final touch of the authentic flavor of Green Tea with Exotic Fruits.

Papaya - Probably originating in Tropical America, Papaya reached Asian territory around 1550 through the Spaniards in the Philippines. The first records of papaya seeds date back to 1525 when they began to be marketed in various parts of the world. Papaya is an exotic fruit that comes from a tropical tree, not very fond of environments with the presence of frost, as well as low temperatures. As for its benefits, papaya can promote good digestion, and help reduce rheumatism, as well as cellulite in the body.

In 1977, papaya strips were used to heal a wound caused by an infection after a patient had a kidney transplant at London Hospital. After two days of applying this natural treatment, this exotic fruit revealed its positive contribution to combating the worsening of infections.

Safflower Petals - The origin of Safflower is unknown. Although, it is believed to have existed for over 4000 years. Safflower is considered a plant with great resistance to different climates. Its petals may help to strengthen the immune system and contribute to the reduction of appetite. In addition, they can promote weight loss, as well as reduce joint pain.

Apple - The apple is originally from Kazakhstan. Proof of this is the name given to its capital - "Alma Ata" which, translated, corresponds to the expression "Full of Apples". It was only in 1500 BC that its seeds spread across the European continent. It is believed that several varieties of apples were created through their cultivation in British territory. Currently, there will be close to 8,000 varieties of apples around the world. Apple consumption can treat constipation and promote the proper functioning of the stomach. In addition, it may contribute to the reduction of cholesterol through its action in the elimination of harmful toxins to the body.

Green Tea Properties:  One of the substances in Green Tea, called "theophylline", may help to dilate the bronchi and contribute to the improvement of breathing in asthmatic people. Consumption of Green Tea can prevent the formation of stones in the gallbladder and kidneys. In addition, it may have the action of normalizing thyroid function, regenerating the skin, and preserving bone density. According to some scientific studies, Green Tea can prevent the onset of various types of cancer. In addition, it can contribute to the elimination of localized fat and, in itself, to weight loss. Finally, Green Tea can fight oral inflammation, thus contributing to a healthy mouth, free from cavities and with good breath.

Lay up in a cool, dry place. 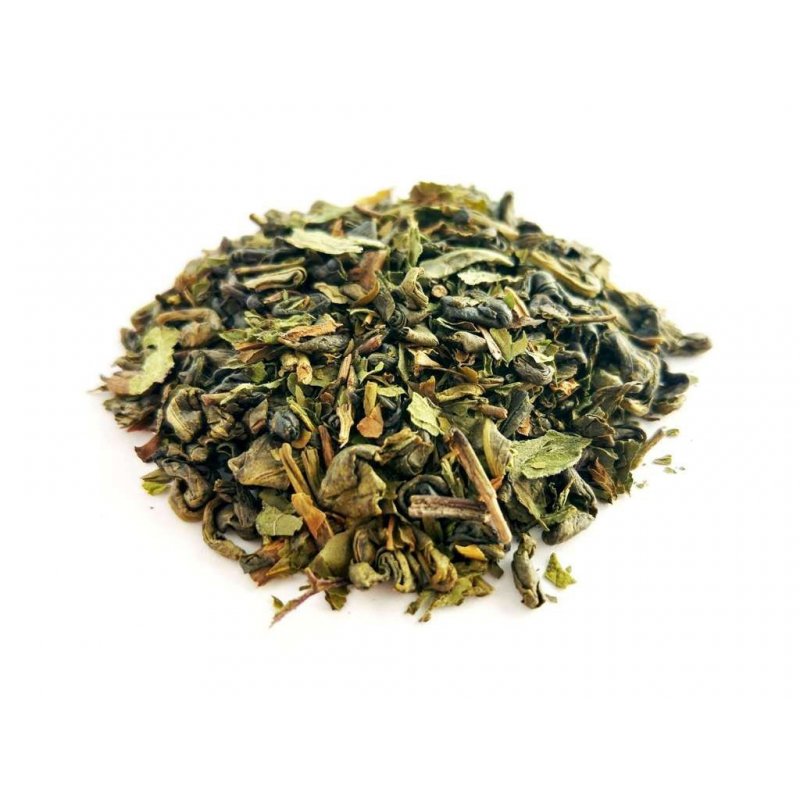 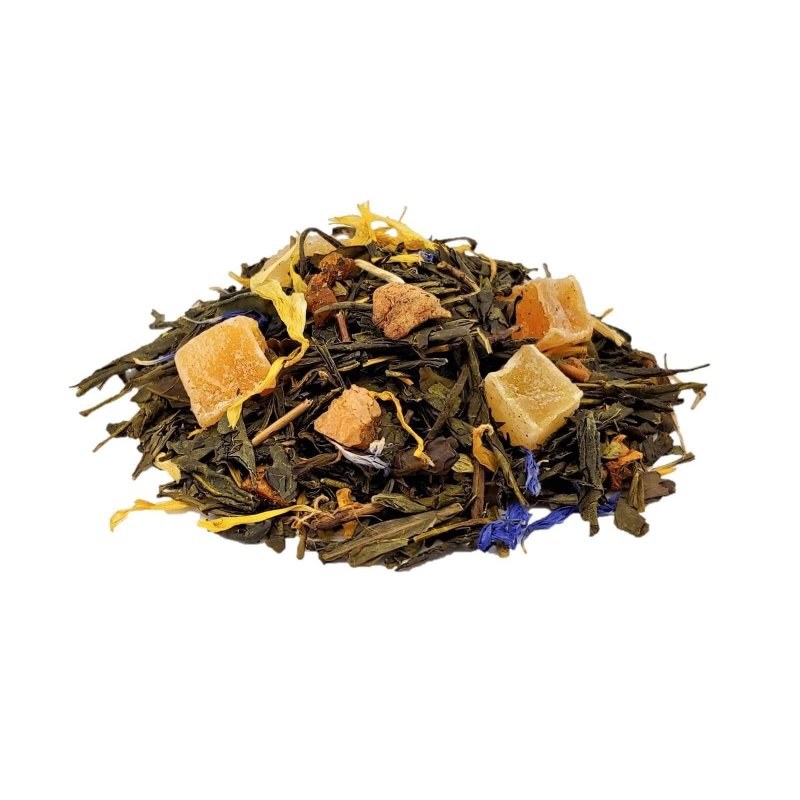 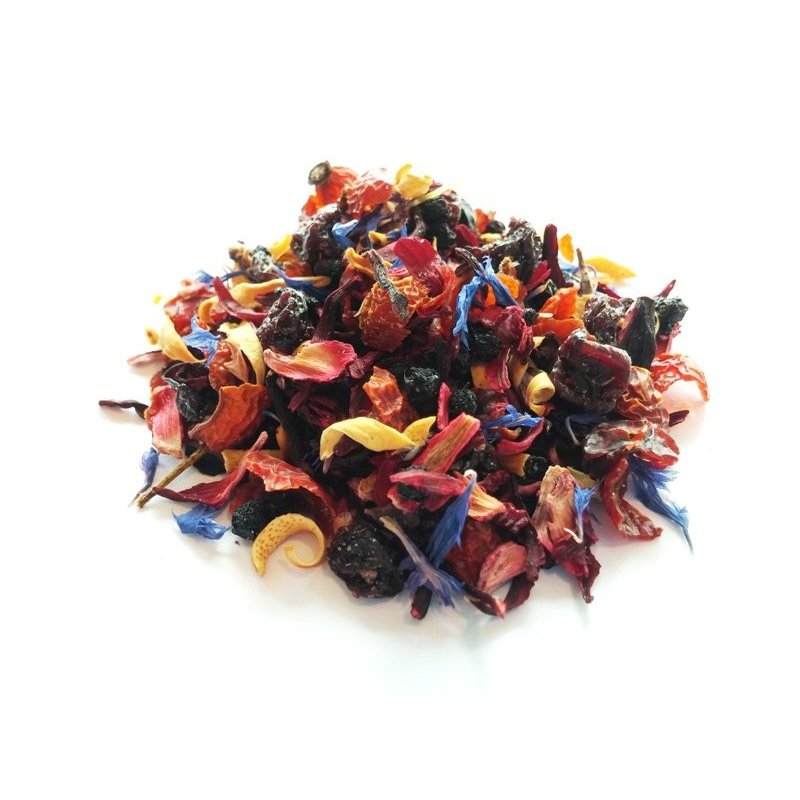 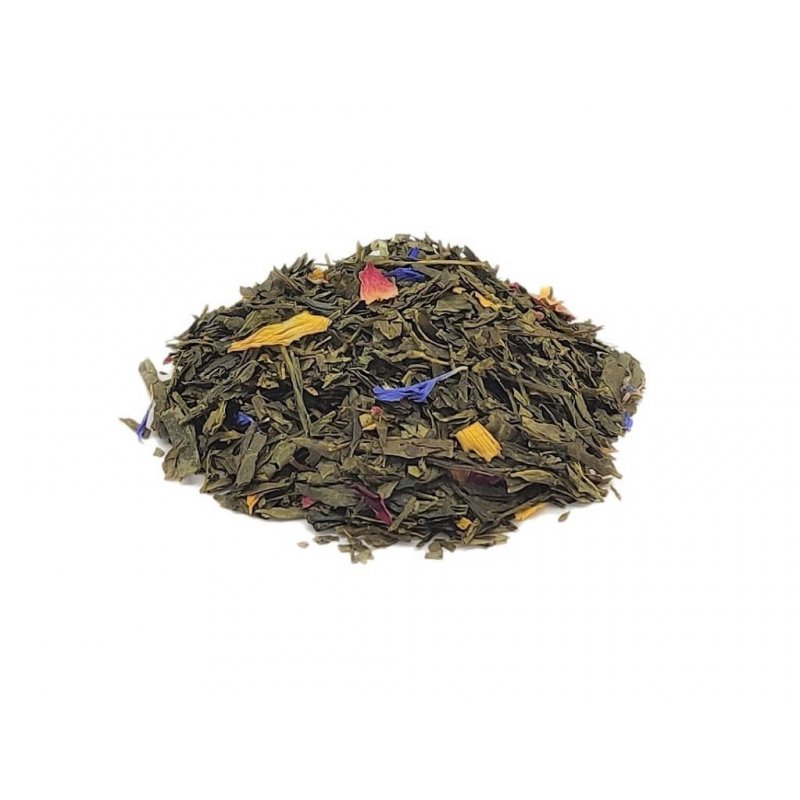