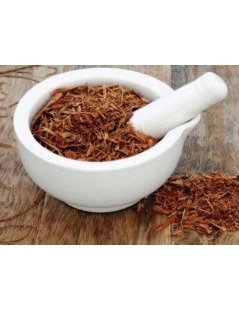 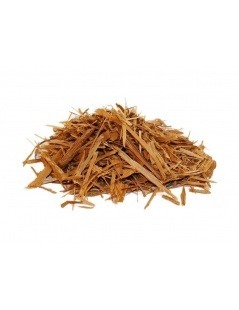 Notify me when available

Aphrodisiac 100% natural and suitable for infusion.

Properties of Catuaba: Catuaba works as a stimulant of the nervous system, especially when it comes to functional impotence of the male genital organs. It is a safe aphrodisiac with no harmful effect. In Brazil it is considered an aphrodisiac with "proven efficacy".

In Europe tea is made from its bark to treat sexual weakness, impotence, nervous weakness and exhaustion. Naturopaths and health professionals use the herb in the United States as a tonic for genital function, central nervous system stimulant, tonic for sexual impotence, general fatigue and fatigue, insomnia related to high blood pressure, restlessness and memory loss.

It is a beneficial plant for men and women as an aphrodisiac, but it is in the area of ​​male impotence that the most striking results have been reported and there is no evidence of side effects even after long-term use. Some plant varieties contain yohimbine. The antibacterial component is cinchocaine. The herb is still composed of catuabin, fatty acids, phytosterols, antioxidants, flavonoids, tannins, resins and lipids. The medicinal parts used are the leaves, the root and the bark.

Recommended preparation: You should put two 2 tablespoons of tea in half a pint of boiled water for 15 minutes to get two strong teacups.

Curiosities: Catuaba (Erythroxylum catuaba) is a small, vigorous tree that grows in northern Brazil in the Amazon rainforest. The catuaba tree belongs to the Erythroxylaceae family and has a long history of natural medicinal use as an aphrodisiac. The Tupi Indians of Brazil were the first to discover the aphrodisiac qualities of the plant and in the last centuries they have invented many songs about their qualities and abilities.

Contraindications: Because it is a strong stimulant, this plant should be avoided by pregnant women and infants. People with glaucoma, ulcers in the stomach or suffer from hypersensitivity.