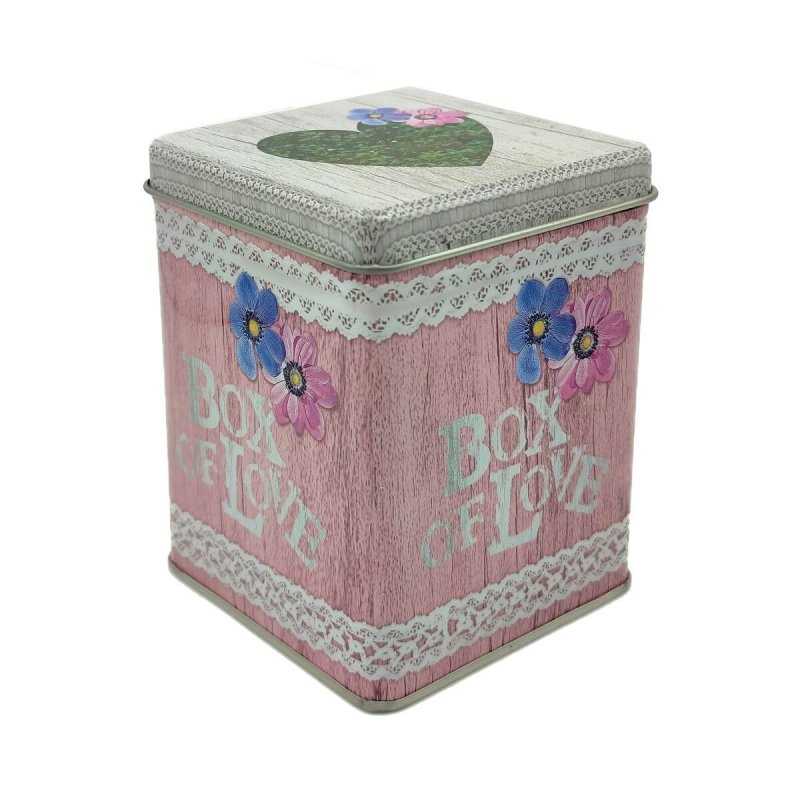 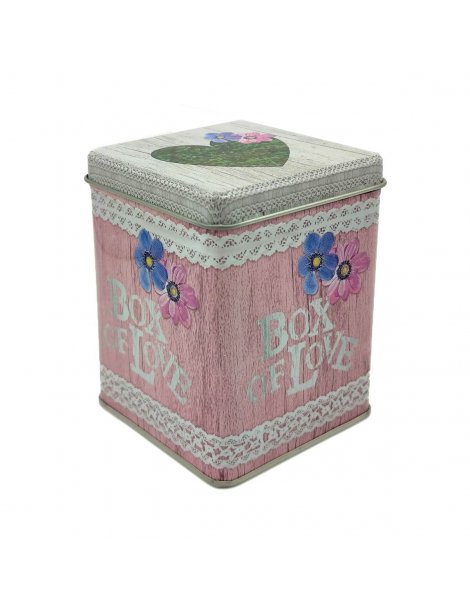 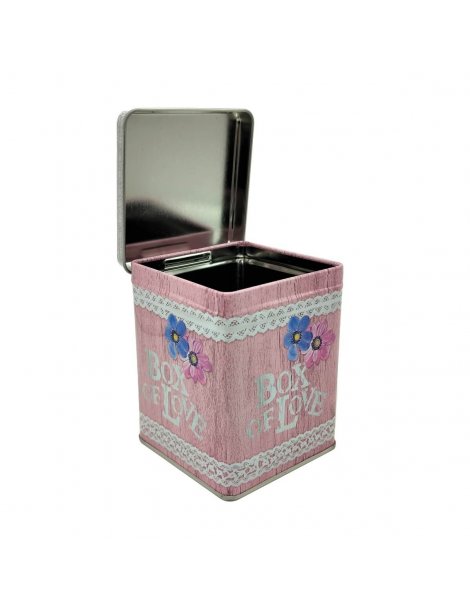 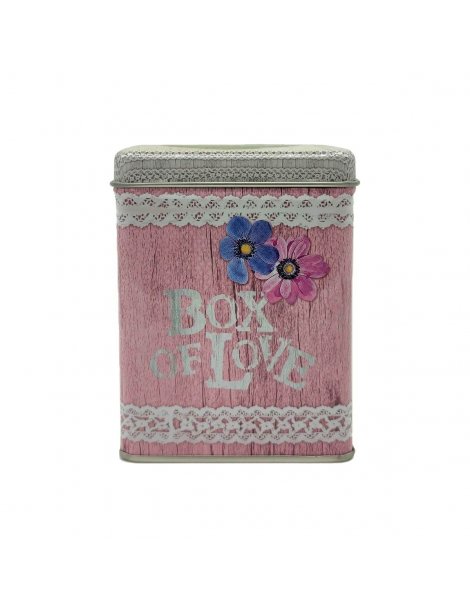 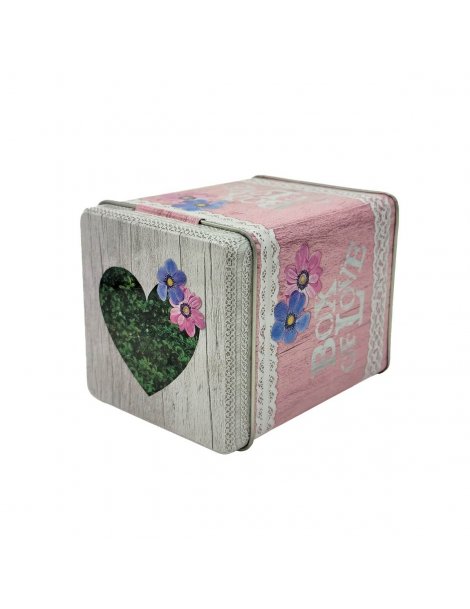 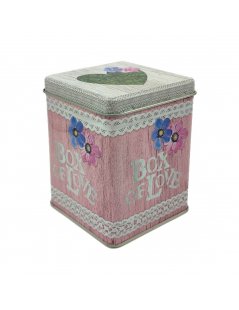 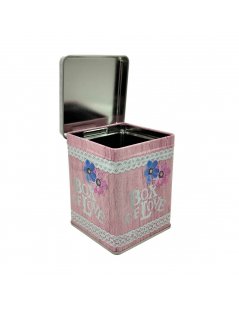 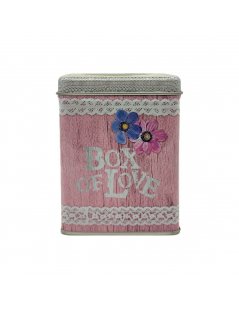 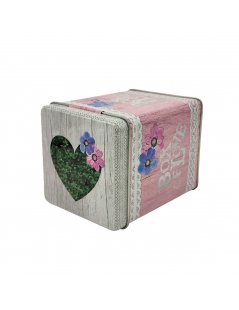 Get your Tea Tin Box of Love made to store 100 grams of tea. Serve yourself with the right dose and reserve your tea in this accessory tea. A practical tea storage solution that takes up little space.

Capacity: approx. 100 grs (depending on the type of tea).

One of the possible origins of Valentine's Day:

Legend of Bishop Valentine – In the 3rd century, during the empire of Claudius II, a Catholic bishop named Valentine insisted on performing marriages during conflicts. This practice was reportedly forbidden by the emperor as a strategy to enhance the strength of younger men during their military journey. After this discovery, Valentine “was arrested and condemned to death”. Until the sentence was carried out, Bishop Valentine received letters from young men and women in love who said that they still “believed in love”. The history of this bishop was also marked by an unexpected passion for the “blind daughter of the jailer”. He was condemned on 14 February after writing “a farewell message” to his love, signed “Your Valentine”.

Suggestions of the world's most romantic destinations: 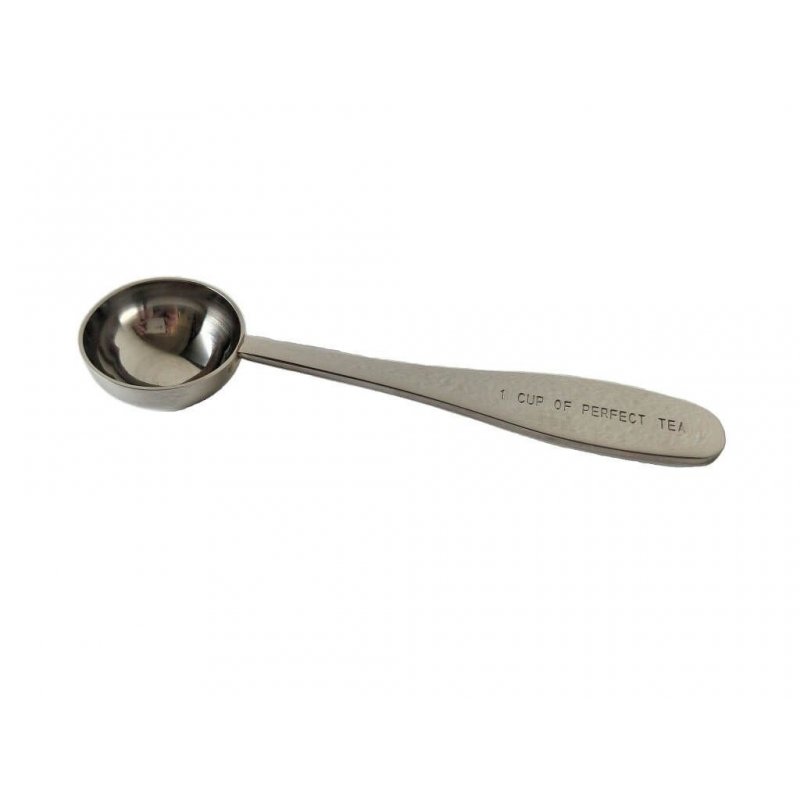 Inox Tea Spoon for a Perfect Cup of Tea 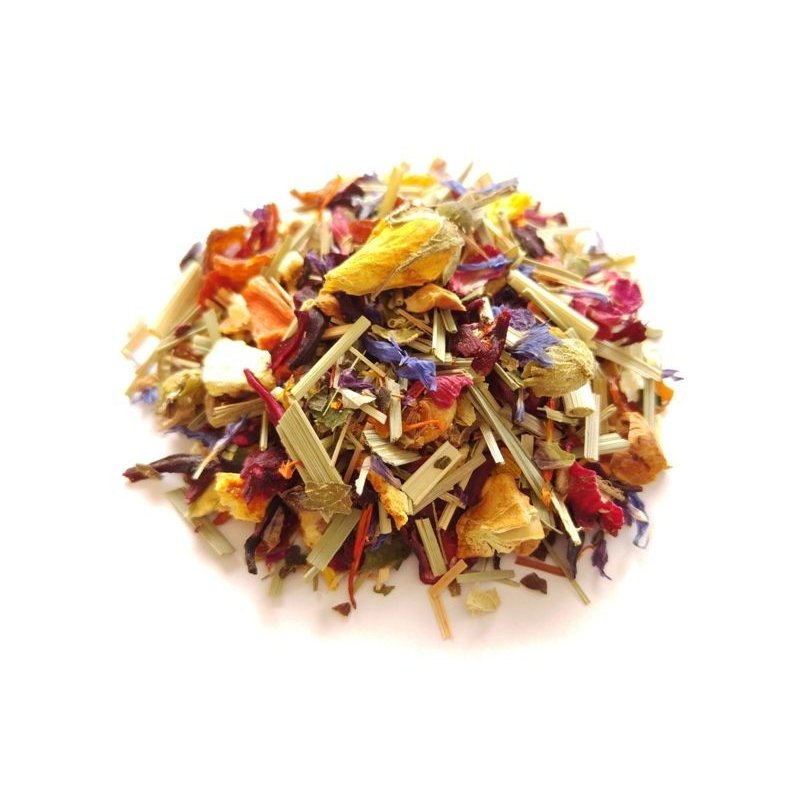 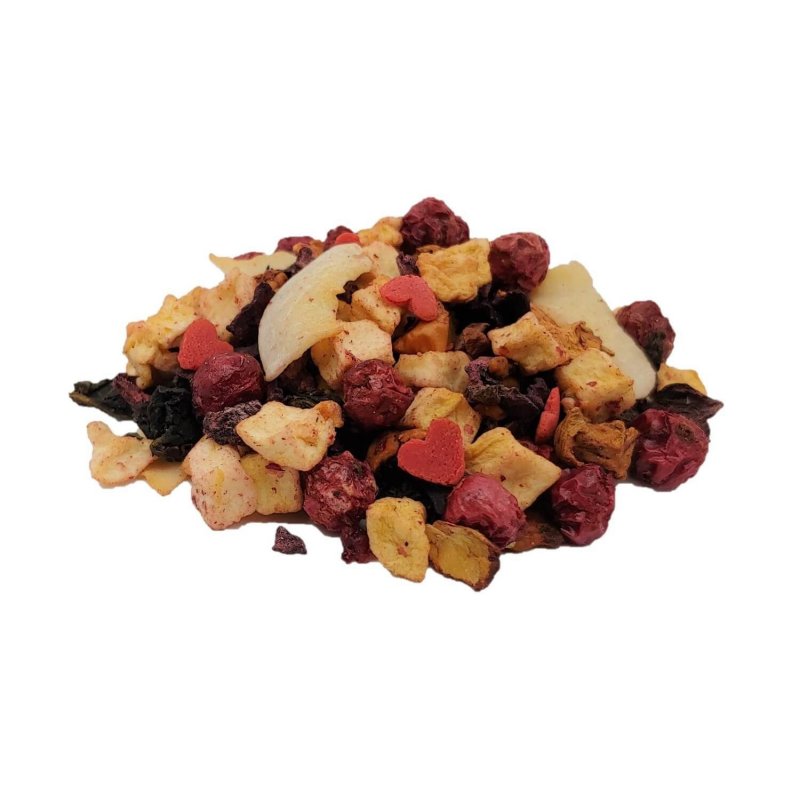 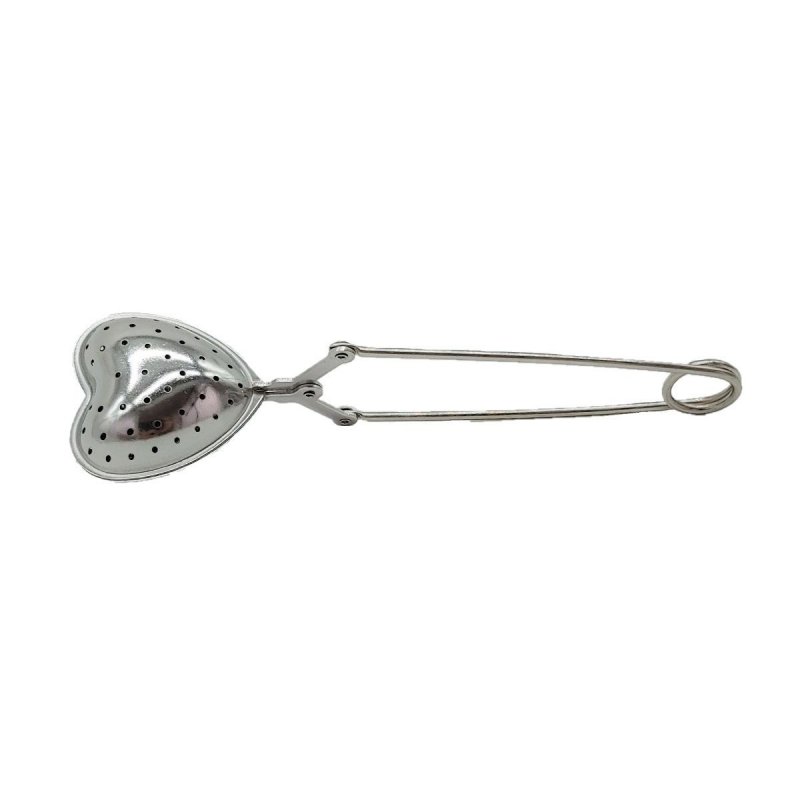