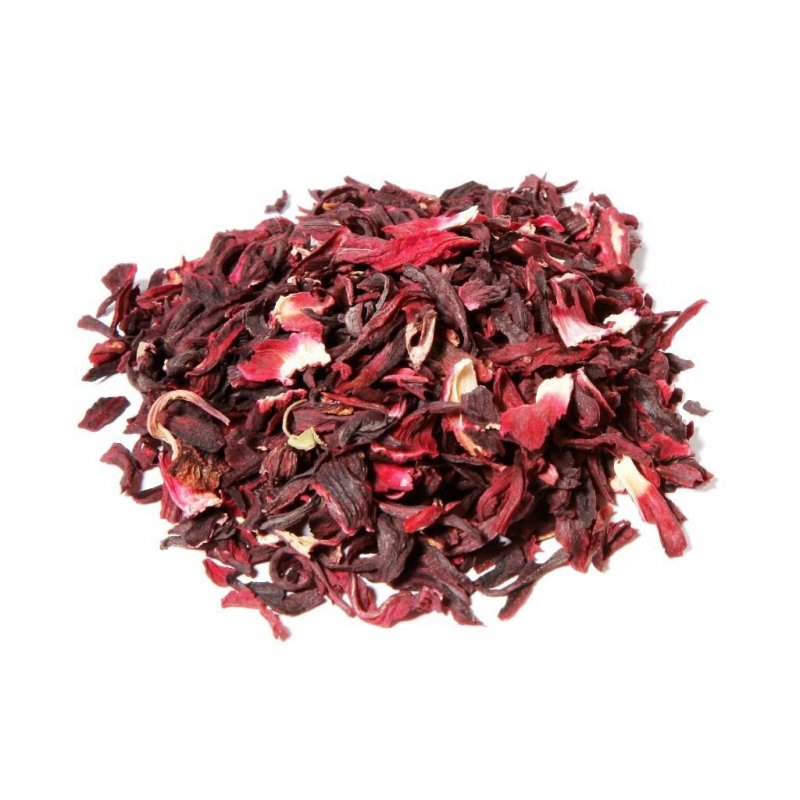 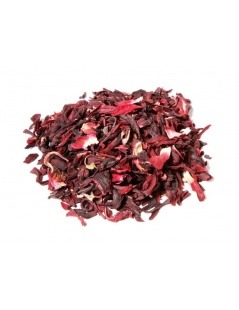 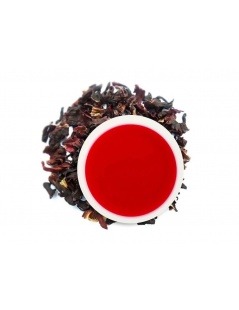 The infusion of the flowers of hibiscus result in a tea is very floral and aromatic, and should not leave for a long time the infusion for becoming a little bitter.

Properties: The hibiscus has excellent diuretic properties and the digestive tract, acting also as a mild laxative. It is also considered a depurative, protector of the mucous membrane of the stomach, fluídificante juice bile and it is still very rich in vitamin C.

Recommended amount: 1 Teaspoon per cup or 1 tablespoon per litre.

Hibiscus sabdariffa flower tea is known as vinegar in Brazil, and as "sorrel", "roselle" or "karkade" in Egypt, is a very famous drink.

In West Africa, “Jus de bissap” is popular in all its countries and sold on the streets as a traditional refreshment based on a tea of ​​hibiscus, mint, vanilla and orange juice, and is even considered the “national drink of Senegal”. "
In Brazil, hibiscus tea is usually prepared with cinnamon, horsetail or lemon.

In Italy, this tea is known as "carcade" or "Italian tea" and is usually drunk cold, sugary and often with freshly squeezed lemon juice.

This drink was introduced while Eritrea was an Italian colony (1860-1941), as its consumption was much more widespread, including the Mussolini promoted the habit of drinking tea instead of "arcade Inglese" after penalties for war in Ethiopia that hit Italy.